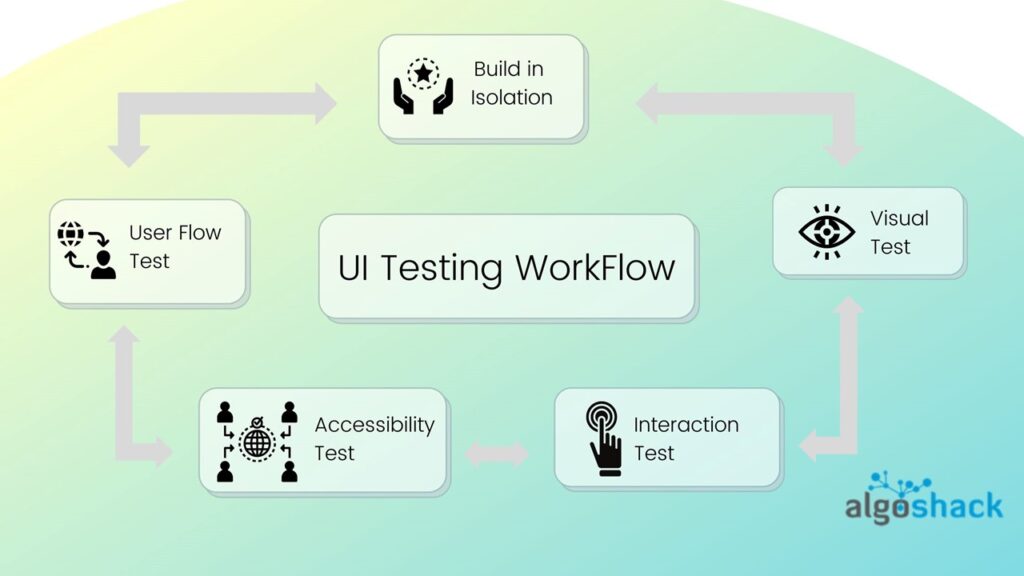 Considering testing as an essential part of development because it helps builds the quality, user experience, brand and ultimately success of the product. UI testing is very challenging because UI keeps changing and this consumes significant effort time and over again. This creates huge fatigue for the testing teams. There are various benefits of automating the UI testing but first lets understand about UI testing.

Without testing using the UI, you can never know the real user experience. So to ensure the exhaustive testing for intend use, we need to automate testing.

Software Companies which started to transition towards test automation with time have become highly dependent on them: as the results are produced in short time with much higher accuracy, it’s minimal on costs and saves human efforts.

That said UI test automation, following traditional automation methods, is tedious because the script written renders flaky or brittle in no time owing to changes in the UI. Hence, instead of automating more and more you end up maintaining what you have already automated

The traditional automation methods that deploy people for scripting are highly manual, resource intensive and time consuming. It takes time to script; therefore there is a huge time delay between application changes and the script changes making script very ineffective and inefficient. If we were to have a platform that supports low code/no code then scripts could be upgraded in no time. Thereby, making continuous-testing, continuous-integration a reality

When we perform automation automatically then in no time the scripts can be updated seamlessly for the changes in the application. Then there is no problem of flakiness and you are able to test for intentional use using UI. No matter how many ever times we change the scripts.

What is UI Testing?

Functional testing helps in verifying if all the application functions as expected. It helps at the component level at one end and extends to end-to-end testing. It is crucial to make sure the user flow is working efficiently and as intended

The main goal of functional testing is to measure all the workflows of an application by analyzing its user interface. It involves going through the features and checking out the efficiency of the application. A well-functioning application increases the productivity of the users and is easier for adoption.

Without testing for functionality using UI, you will never be able to test an application for intentional use. Testing for intentional use also means that you test across different devices, Operating Systems, Browsers etc. So this can be very tedious when we do it manually, and you cannot skip this as otherwise you will never be able to test for intended use. You can click here for more information on UI based testing

Automated UI testing—what is it and benefits of automating UI testing?

UI testing is process where testers test the workflow and User Experience. i.e., here testers confirm every click of a button, navigation, entry of the data and other functions used for user interaction.

We can simply say UI automation testing is a technique where these testing processes are performed using an automation tool.
Benefits of automating UI testing :

That said, there are many challenges with the traditional automation.

The way forward is LowCode-NoCode platform algoQA that helps you automate the process of automation thus helping with production-grade scripts; scripts that change seamlessly for a given change in the application without requiring the scripting. Check how algoQA overcomes these challenges and enables you to automate UI testing, better, faster and cheaper.

To switch paths to automation testing in this coming year, check out algoQA.