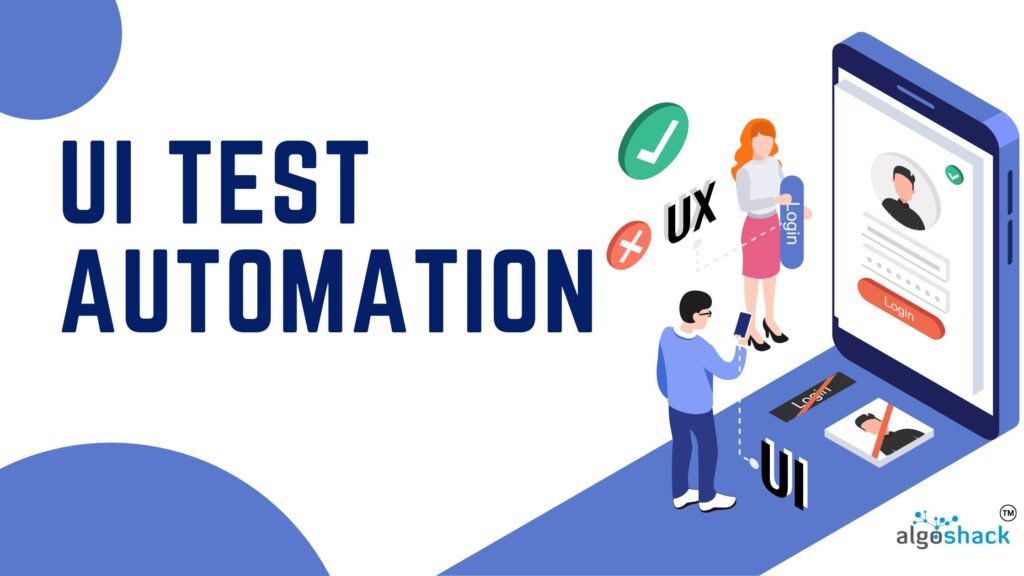 In this blog, let’s see what UI Testing and UI testing challenges are, and then let’s talk about UI test automation.

Starting with what UI testing is: It is the process of testing an application’s user interface (UI)to ensure its functionality. It covers everything from logic verification to UI workflows, navigation, transitions, calculations, button validation, and so on.

Below mentioned are some common challenges faced while doing UI testing,

When businesses follow an agile development approach, it is apparent that applications evolve for each development cycle. User interface modifications can occur for various reasons, including the release of a new version, changes in requirements, changes in functionality, and so on. Any such changes, whether direct or indirect, have an effect on the UI, making the test cases subject to failure. Keeping up with these developments becomes incredibly challenging. For each new release, the business stakeholders are more concerned with how the changes have been correctly incorporated and are available to their customers. This obviously shows the importance of rigorous testing efforts.

When there are frequent changes, regression testing becomes a difficult job. The changes may not be in the user interface but in any other interfacing element, underlying logic, or data. For example, if the field length of any element changes from 25 to 5, but the user interface element is not changed with the necessary checks in place, there will be issues during testing, depending on the test criteria given to that particular element. There could be several such scenarios in which a change in one element directly or indirectly affects another. The test cases must be updated frequently to reflect any changes. There is a high chance that not all possible cases are covered and that some problems escape unreported in the build. This has a direct impact on the application’s end-user experience.

It is considerably simpler to understand the information presented visually, whether it be data, a process, statistics, etc. It’s no surprise that customers expect rapid processes and visually appealing interfaces. The data is dynamic in nature and can take some time to process and present. It is difficult to evaluate such programmes because they generate charts, graphs, graphical representations, and so on. This is one such example. Numerous other complicated components improve the user experience while also making testing difficult. If such complex pieces are not thoroughly tested, the purpose of having them in place is wasted on enhancing the final user experience.

According to the World Quality Report, businesses benefit from test automation in numerous ways. Because of increased test coverage, over 60% of companies reported an improved ability to detect application bugs. Another 57% saw an increase in test case reuse after using automation. At the same time, 54% reported a cut in the time spent on testing cycles. Let’s see, what Microsoft has to say regarding UI automation.

The user interface (UI) is what the user sees before moving on to the functionality. Hence the UI must be appealing. If your UI is appealing, users will be more eager to use it. For any application, UI is the backbone. So, UI testing is very important, but manual testing is time- consuming, so automating UI tests is a better option.

Although there are numerous test automation frameworks in the market, not all are fully automatic; some involve the record and playback method, some involve manual scripting, and many others involve a huge amount of manual intervention. algoQA is a unified platform for end-to-end test automation, covering UI Based Functional Test Automation, API Test Automation, and Load Test Automation. By leveraging algoQA, Get Shorter Go-To- Market & Enhanced Productivity. algoQA supports UI controls like HTML, Bootstrap, jQuery UI, AngularUI, JavaFX, jQuery Mob, etc… algoQA enables clients to keep pace with the digital economy. By leveraging algoQA, you can save up to 80% of test automation and test maintenance costs. It has a Higher ROI, and it is SaaS-based.

Software businesses are trying to deliver bug-free software to their customers in this modern era. They need to which in a shorter period. A poor or defective user interface fails to match user expectations. It is the sole means to engage with users, and a defective user interface might harm the brand or product acceptance. So UI testing plays an important role, but manually testing it poses some challenges. Test automation is the best way to avoid these challenges; it also helps in saving time and money spent on testing.

You can explore some of the use case here