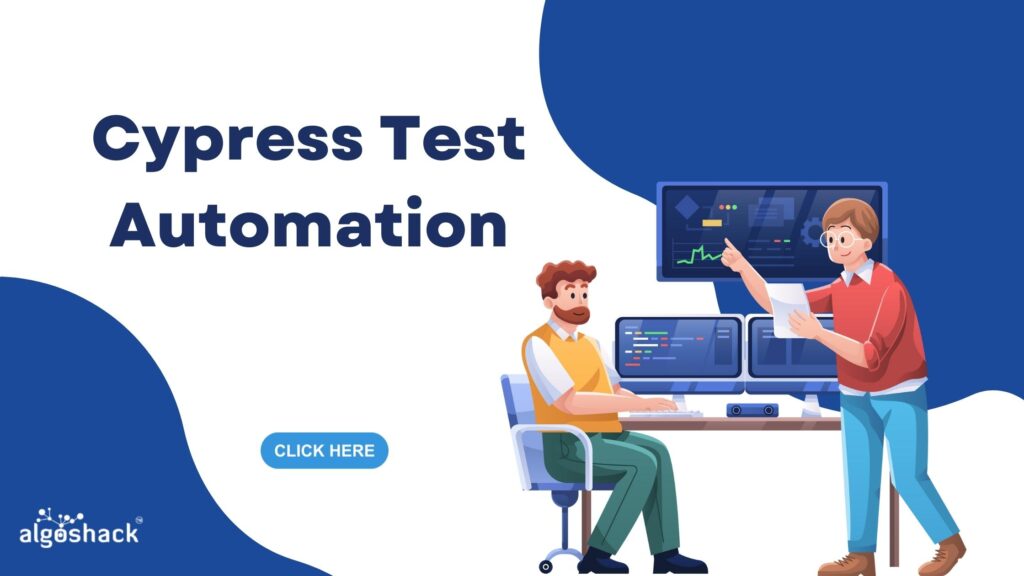 We all know that software testing is critical because bugs and errors in software So we can find this early and fix before the deployment of the software product. A well-tested software can provide reliability, security, and excellent performance, which saves time and money for businesses while also improving the user experience.

Manual testing is time-consuming, especially when performing regression testing, as testers spend extra hours manually evaluating every feature and function of the software, and it is less reliable than automation testing because it is performed by people. So there will always be prone to errors. Moreover, before using a product properly, manual testers must have a thorough comprehension of it. Software testing automation is used to improve the productivity, efficacy, and coverage of software testing. New software can be deployed much more effectively in a short time by leveraging acclaimed and popular testing frameworks and test automation platforms, Cypress is also one of them.

Cypress is a JavaScript-based open-source testing framework that allows web application testing. Unlike Selenium, Cypress automation testing is entirely browser-based, with no requirement for driver binaries. The automated code and application code both run on the same platform, giving users complete control over the programme under test.

It’ very simple to use and we can plug Cyprus easily into CI and CD pipelines. One of Cypress’s most significant advantages is its ability to test in real time. That means users can see the result of your tests while they run. It helps to avoid unforeseen issues while deploying the software.

Cypress also includes a strong command-line interface for automating testing activities. It is one of the most popular browser automation technologies on the market.

Cypress is simple to setup, and it includes a built-in wait for requests functionality that avoids the need to configure additional waits. The execution in the Cypress framework takes place on a real browser. It also supports dashboards for detailed reporting. The Cypress test automation framework also supports parallel test execution and BDD and TDD testing styles. Screen captures of the test behaviour are taken at each stage, these can be quite useful while debugging the software. All of these advantages make Cypress more popular. However, it has several drawbacks. Now let’s talk about them.

Firstly, scripts generated by Cypress can be flaky which means that tests can fail for no particular reason at times. Cypress only supports Chrome, Firefox, Edge, Brave, and Electron, so if you need to test other browsers, you’ll have to use a different tool, making it considerably more difficult for businesses. Cypress is presently only accessible for JavaScript projects. If you are using a language that Cypress does not yet support, you may need to find an alternative. But guess what? You can enjoy the benefits of the Cypress test automation framework while avoiding the limitations. Wonder how? This is where algoQA comes in. Let us now look at why choose algoQA for test automation.

algoQA supports the top 5 scripting languages, it supports languages like JavaScript, Python, TypeScript, Java, and C#.NET. algoQA provides test scripts in the languages of your choice. algoQA supports ALM and other tools, including Cypress along with Selenium, Appium, Botium, Squish, Cucumber, and many more tools. algoQA can integrate with Cypress and generate test scripts using it. algoQA can deliver scripts in your preferred technology. algoQA reduces scripting efforts significantly, without writing the scripts not by record and play but by low code and no code principle, hence the scripts produced by algoQA are not flaky. The test scripts generated by algoQA can be maintained independently of the algoQA platform; these scripts can also be saved offline. The scripts are, produced to comply with code de-duplication and reuse requirements, for code quality and coverage.

algoQA provides100% test coverage & accuracy through automation. By leveraging algoQA Get Shorter Go-To-Market & Enhanced Productivity. With algoQA businesses can save up to 80% of test automation and test maintenance costs.

Along with Cypress, algoQA supports a number of frameworks, including Selenium, Appium, Squish, Sikuli, and many others. It also supports the top five scripting languages, such as JavaScript, Python, TypeScript, Java, and C#.NET. algoQA can produce scripts in the technologies of your choice and they can be run anywhere. algoQA can work with test management tools and test execution cloud seamlessly. It fits effortlessly into a federated environment and accelerates
automation without requiring anything to be replaced.

By automating your testing process, your organization will not only save time and money but will also deliver higher-quality products in a shorter time. With algoQA, make your test automation BETTER, FASTER, CHEAPER and INHERENTLY SCALABLE.

Click here to learn more about algoQA.
So, what exactly are you waiting for? Request a FREE DEMO NOW!!!